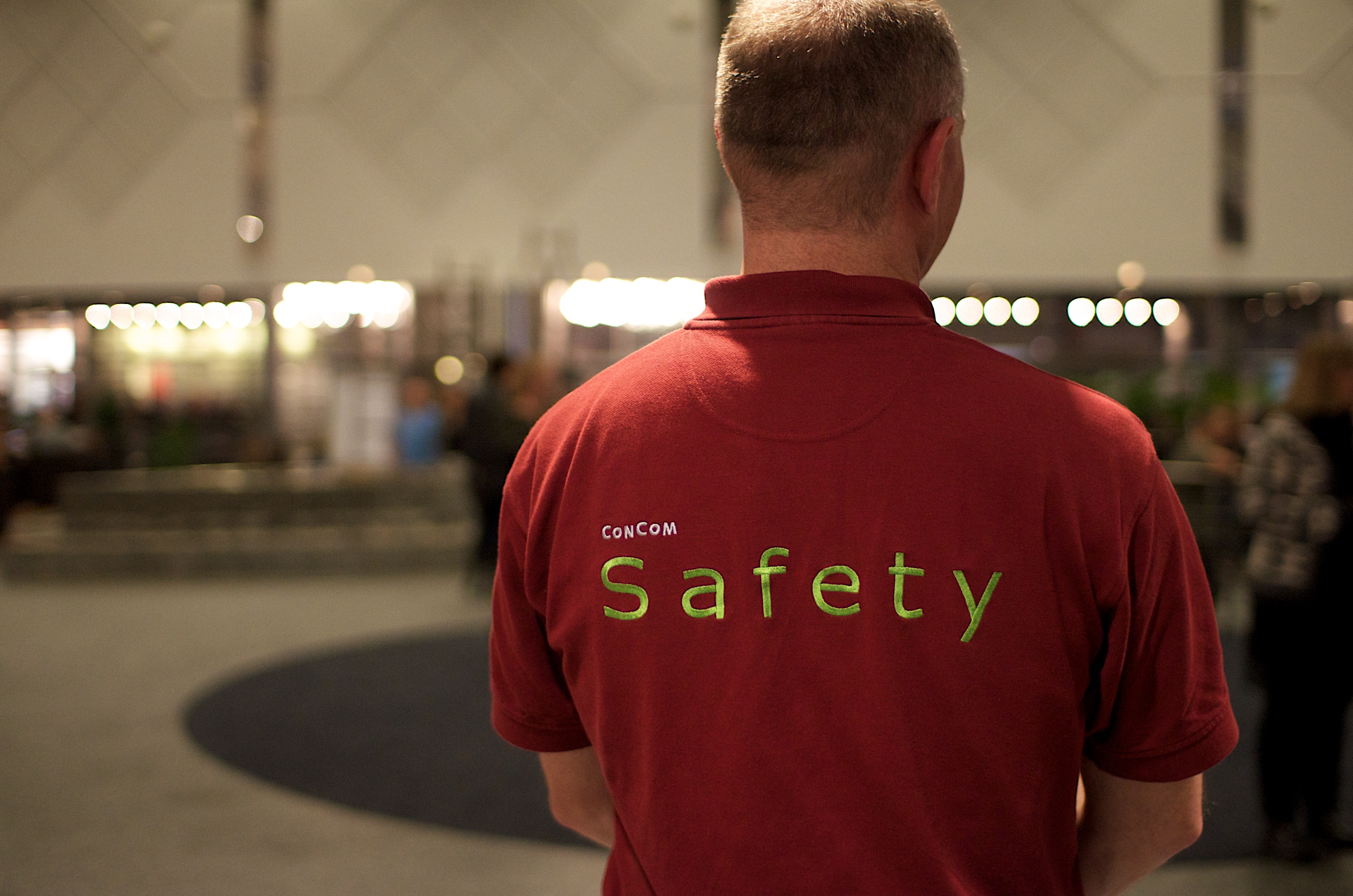 Creating a safe event involves many factors and many competences. Often the safety is based on the risk of fights, theft, fire or the focus on treating the audience in case of injuries. This focus has been developed in cooperation with the authorities during many years. But in the recent years a new focus has arisen.

In the late 1980s a researcher within pedestrian movement, John J. Fruin, claimed that pedestrian movement was relevant for the safety at an event. He argued that when more than 500 people gathered there should be a person present with the focus of Crowd Safety Management. He defined Crowd Safety Management as; “thesystematic planning for, and supervision of, the orderly movement and assembly of people.”He explained that this involved assessment of the people handling capabilities of a space prior to use. The assessment should be based on the expected group behavior and the types of activities that could be expected.

This meant that someone had to work with the crowd and understand them. A crowd profile had to be made in order for the crowd safety manager to do his or her tasks properly. The focus now changed to the psychology of the crowd and the understanding of how different audience types gather and move.

Studying crowd’s psychology is not new. This started back in the 18th century, when Gustave Le Bon studied the crowd during the French revolution. Since then many theories has been developed, and they vary from believing that a person entering a crowd becomes violent, to arguing that a crowd develops its own norms. Some argue that the norm can vary from crowd to crowd or even within the same crowd. Some researchers believe that the way you treat the crowd will influence the way the crowd behave. Some even believe that if the norm of the event staff is too far from the norm of the audience it can create violent incidents that could have been avoided. John Drury, Otto Adang and Stephen Reicher are good examples of researchers who argues these.

Even though the above theories have been around for many years it has only been within the last 15 years that the understanding of crowd safety management has started within the event industry.

I believe that nowadays a Crowd Safety Manager must be a part of the top management team in order to create a safe event. I would even argue that an academic degree in Crowd Safety Management should be a minimum requirement within the safety advisory group.

Academic degrees cannot, and should not, stand alone. Experience is a vital factor for a Crowd Safety Manager. But without the theoretic knowledge it has become more and more difficult to plan an event that lives up to the standards of the modern expectations.

Fruin argued that the approach to Crowd Safety Management should be systematic, and as such systems and models should be implemented during the planning phase. As an example Dr. Keith Still has developed a model called DIM – ICE. This model is based on the argument that there are three elements that influence the safety:

Dr. Keith Stills model works. It is a good tool, and this is only one of the many models that can be used in the systematic planning phase.

But in order to supervise the implementation of the plans a well trained staff is needed. So now a day-licensed security guards, medical staff and fire prevention staff cannot be the only staff at the event. Staff must know, and understand, the psychology and the dynamics of the crowd. All staff must understand how they influence the norm of the crowd and how their behaviors affect the safety.

It all starts at the top. If the Head of Security, Health and Safety has a proper training within crowd safety management, he will ensure that his staff has the same. He will also understand the implications and liability to the promoter and himself if there is a lack of training and understanding of the crowd.

Creating networks and associations are imperative in order to share knowledge and experiences, and without these the opportunity to gain an academic degree in Crowd Safety management might never have been developed.

I welcome the recently founded Event Industry Association of Ireland and hope that this association is one more step in the right direction of creating safer events all around the world.

Morten Therkildsen is a crowd safety manager with a Bachelor of Honours in Crowd Safety Management from Bucks new university. Since 2006 he has been the CEO of ConCom Safety, but in 2013 he sold the company to Roskilde Festival. He is now the daily manager of ConCom Safety and Head of Security, Health and Safety at the festival. During the year ConCom Safety is a part of creating a safe and secure environment for the audience at more than 100 events. In 2014

Morten Therkildsen was head of safety & security at The Eurovision song contest and head of audience safety at Malmø festival. Including these shows he was involved with the safety of more than 2.000.000 guest in 2014.

This website uses cookies to improve your experience. We'll assume you're ok with this, but you can opt-out if you wish. Read More